When the fire is lit, it's hard to stop 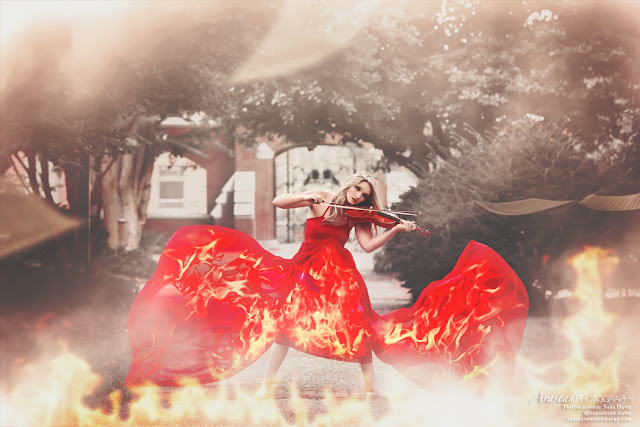 I was cleaning out my basement after a run in with a vile little vermin that had pooped all over and chewed up my linens. The miserable little thing died in a 5 gallon buck in my garage because my husband and I both lacked the nerve to end it. But it did leave me with a big mess to clean.

While cleaning, I was sorting through things on the shelves to put in tupperware boxes, hopefully to keep further offenders off. And I found a sleeping bag bag with my husband's old temple clothes. I have a big green box for all of the church stuff, and got it out to put the temple clothes away. IN the box I found my old scriptures, letters from my mom and sister, magazines, pictures, and a letter I had written but never sent to President Eyring.

A lot of these items represented a very troubling time in my life. At this point I don't think I'd have any second thoughts to setting the box on fire. But when I began filling it, my superstitions were still very strong. My parents went into panic mode when they noticed, and I received letters, envelops and packages almost every other week containing church materials, apologetics, images, magazines, letters of encouragement for the faith.

I prayed every single night. I fasted. I plead with that unseen being for my eternal soul and the souls of my husband and children. I never received an answer, or comfort. And the more I sought, the guiltier I felt. There was clearly something wrong with me if god was ignoring me this way. I went to church and felt hopeless, it seemed like every other lesson was about the strong sisters of the church who's husbands had fallen away, yet they remained faithful. The other half was about ignoring the temptations of the intellectual world.

I was finally called to teach in relief society, about our troubled current times. I found myself confused by the things I read and was asked to teach on Sundays. It was strange to me how closely conference talked mirrors Facebook trending articles. Instead of thinking it was inspired, I wondered if it was merely a reaction and attempt to contain members.

The fact that my  husband was nearly all the way out of the church didn't help either. I was confused. I was lost. I was caught between upholding the religion of my parents and the fact that it simply didn't make any sense. I felt like if I left, or if I even considered material that might lead to me leaving, I would be betraying their love. It was a time of harrowing guilt. I kept clinging to the promise that god would eventually reveal the truth to me. I kept waiting and praying for that day. I read my patriarchal blessing every Sunday, and reread letters from Nick while he was on his mission. I became depressed.

Finally, I decided I needed to p rove to myself that the church was true, and I was going to have to do more involved research than just reading the Book of Mormon.

I started with lds.org. I read their essays on woman, polygamy, and the blacks and the priesthood. I read passages about Emma Smith's condemnation for not accepting Joseph's plural wives. I read about god's omnipotence and wondered about free agency with a deity who already is omniscient. It made no sense.

The day I read that letter, I confessed to my husband that I had been doing research for several months. He asked if I believed in god. I said no.

That was the third time in our marriage he brought me home flowers. Which lets you know what an enormous event it was.

As I began to see more of the world, and began to understand better, I saw things in a different light. One major event for me was the outbreak of Ebola. Millions of people died. One doctor who was abroad offering aid was infected, he was brought home and he prayed. He said he prayed day and night to be spared. God answered his prayers. Why then did god ignore the pleas of the suffering children? The mothers and fathers? The lonely beggars, all bleeding and dying from that horrible virus? Why did god choose to save the wealthy doctor and not the little homeless girl?

I'll tell you why. God doesn't exist. That doctor was saved by complex medicine and skilled American physicians. That little girl died because she didn't receive proper treatment. It's simple. There is no god.

When that fire was lit, I could not stop it. There was just too much evidence to suggest to me that my religion was false. That it was abusive. And that it had stolen thousands of dollars from me to do conceited things like build malls and mega worship centers. Over a period of two tears, I struggled. It did not happen over night. And I resisted for as long as I could, because I was scared.

I'm not scared anymore. I'm hurt, I'm sad, but I'm not longer fearful of hellish retribution by a jealous god who would rather see me rot in hell than have his name tarnished. And if he does exist, he will have to answer to millions upon millions of people who have suffered in his name. He will have to account for each murder, each rape, each child who suffocated in gas chambers. Each mother who watched her baby starve to death. He should pay.

The most likely explanation is, however, that god simply doesn't exist. And that brings me more comfort that I ever received believing that he did.
Posted by Sara at 9:25 AM