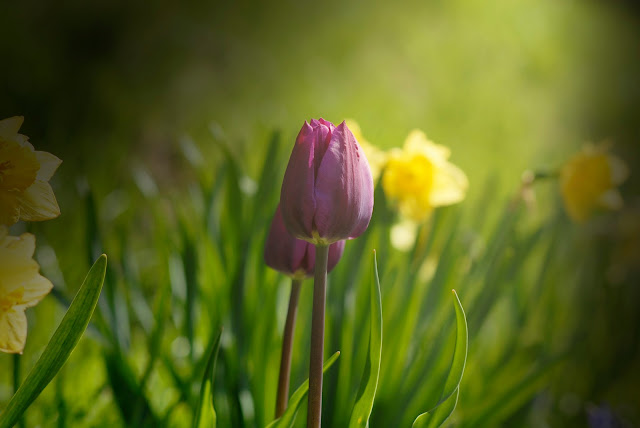 There was a classroom, not unlike any other. It had letters upon the walls, chalkboards with echoes of lessons past, rubbed halfheartedly away. There were desks, row after row that encompassed the heart of the room, each with a little chair tucked carefully beneath. And there were two windows, bright and cheery which gave a limited view of the world outside.

But this classroom was special; it was only occupied by one teacher, and he gave the same lesson to every student year after year after year.  Today was the beginning of a new semester and he stood in the door way, scratching his thick bearded chin, wondering how he should begin.

Carefully, he walked past the rows of desks to the front of the room, where the large black chalk board awaited. Picking up a small fragment of chalk that had been left over from his last class, he wrote in large, bold letters “It Begins”. A few moments later, students began to enter the room, each taking a seat wherever they wanted. The teacher chuckled to himself; it’s what they always did.

Once each seat was filled, he tapped the chalkboard with his fist to quiet the chatter.

“Hello,” he began. “Welcome to life.” The students were clearly puzzled, so he continued. “Here we will learn all of the tools we need to either succeed, or fail. Which, my friends, will depend entirely upon you. So, let us first begin by rearranging.” He moved through the classroom, randomly moving students to different seats, without any real rhyme or reason. And once he was satisfied, he returned to the chalkboard.

“There,” he said. “That is much better. And so, it begins. You want to pay attention, at the end of the class, there will be a reward for the students who achieve an A.”

He taught their first lesson that day. It wasn’t anything grand, merely a small lesson about a historical figure in a land far away. Each day, he would tell them the story again, and eventually, they could repeat it back. Sometimes they questioned why they were learning about this person, sometimes they zoned out. Anytime they argued, the teacher would add a little detail here and there, and they would discuss what could be learned from the man in the story.

Finally, the last day of the semester came. The students had been anticipating the test since day one, and each of them felt adequately prepared. And just as they expected, the teach walked through the rows of desks handing out the final exam. Then, he went to the corner of the room, sat down in a chair with a magazine, and began to read. The students flipped open the test to page one, and there wasn’t a one that didn’t let out a confused murmur.

One girl in the front row raised her hand. “Excuse me sir, I don’t remember learning about the French Revolution.” Another student gasped.

“My test is on advanced calculus,” he said.

“There must be a mistake, mine is basic sentence structure,” another boy in the back said. The teacher nodded.

“Just do your best,” he said, and went back to reading. The students shrugged, groaned, grimaced, but attacked their tests anyway. Once the class period was nearly up, the teacher went back through the room and picked up all the tests, even the ones that weren’t finished. As he went back to the front of the room, one student made an angry outburst.

“This isn’t fair. You didn’t prepare us for the tests you gave, and no one had the same test.” The teacher turned around to address him. There was a collection of affirming murmurs throughout the room, but the teacher held up his hand to silence them.

“Yes, but you will all be graded on a curve. There were eight different tests. If you look on the back wall, you will see a sign that has your test number, please go stand under the test you took.”

The students all got up from their desks and sorted themselves out to their corresponding numbers.

“Now, how many of you felt like you were familiar with the material in the test you took?” the teacher asked. A few nodded, saying they knew a thing or two. “Please divide yourselves to two additional sections in your groups, those who were familiar and those who weren’t.” The students did as he asked.

“That’s even worse!” a young woman shouted in anger. “That means someone who knew less than me could potentially get a higher grade than me! And we weren’t even tested on material we were taught in class! Some of us didn’t know a thing, and some of us got a test as simple as 2nd grade addition. How can you possibly grade us in this way?”

“That’s how this class has always been taught,” the teacher answered as-a-matter-of-factly. “Now, give me a moment to calculate your scores.” The students glared and grumbled, but waited. As soon as he was finished, the teacher approached them again.

“All of the students on the front row get an extra 10 points added to their scores, just because, and the students in the very back right corner don’t benefit from the curve,” he said. There was another angry outburst. “But even still, it looks like only Jonathan and Bernard received A’s, not necessarily of their own merit, but because I wanted them to succeed. So they will be the only two students invited to attend the end-of-semester party after school in the auditorium.”

The same young woman burst out again. “This is ridiculous!” she thundered. “You can’t possibly suggest that the rest of us get low scores simply because you assigned us to the wrong row or we had bad luck and got tested on material we didn’t know. Did those two boys even earn their A's, or did you decide that too? How can you in good conscious do this?”

The teacher got a knowing smile on his face. “Yes, how can I possibly hand out tests that I know 99% of you will fail? And then how can I fairly grade you when I gave different tests to each student, knowing full well if you were familiar or not with the material? How can I give these students more points because they sat in a certain seat and I was the one to arrange it? How can I reward any of you, or punish any of you? It is incredibly unfair, isn’t it?” The room was silent. “Do you see what I mean?”

The young woman touched the sacred emblem hanging around her neck, a sullen look spreading across her face. “I think I do sir,” she said, lowering her head in a defeated silence. Each of them left the room, considering more than they ever had before, as Jonathan and Bernard were the only two to enjoy the end of the semester party.