How to Celebrate Women

Recently, we "celebrated" international Women's Day. I didn't even know it was an official thing until Facebook sent me a notification calling on me to share the news.

Thank goodness I don't follow anyone ridiculous enough to post something asinine or chauvinistic, but my husband does. The problem was, they had absolutely no idea.

I'm not going to quote exactly, but instead I will paraphrase so you can get an idea of their mind frame.

"Today I'm thankful for women because they give up their bodies to have children."
"I just want to celebrate women's day and give a shout out to all of the selfless mothers out there."
"Happy women's day to all of you women who sacrifice so much to give us life."

Now hang on. These are lovely things to say! Aren't they?

Let me explain to you why they are not. 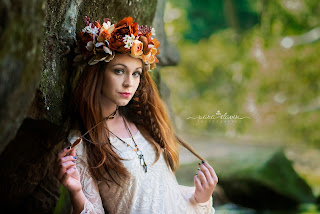 First off, I'm a mother. I have two beautiful children, and yes I joke constantly about how they ruined my body and how I gave up my identity and my ambitions to raise them. That's another issue entirely, and while it was my decision, I do blame my religion in part. But now that I am here, I love my kids and am happy raising them. However, that is not what makes me a woman.

However, we still define women in terms of sexuality, beauty, and reproduction. Example being, you are not a true woman if you do not have a man and children. And every single story or movie about women has romance and the need to secure a man in the plot somewhere. But we do not do this for men.

It is incredibly condescending and chauvinistic for men to say "we celebrate women because they are mothers". Not all women want to be mothers, and not all women CAN be mothers. There are thousands, if not millions of women who will never "sacrifice their body" to bear a child simply because they are unable to biologically. But that is no different than a woman who choses not to "sacrifice her body" to have children. A woman should not be defined by her reproduction.

But we also have a day to just celebrate women. To celebrate them for their gender. To celebrate them for their intelligence, their escaping male oppression, their ambitions. There are still women all over the world who are considered property, who do not enjoy the same freedoms as men, who are bought and sold, raped at men's pleasure, beaten, threatened, degraded, harmed......for the simple fact that they are female.

Women have been pressed for thousands of years. Usually because of religion, because the god of man has declared women a weaker sex, a temptation, a burden, property, unclean, for man's purposes. For the bearing of children and the cooking of meals. 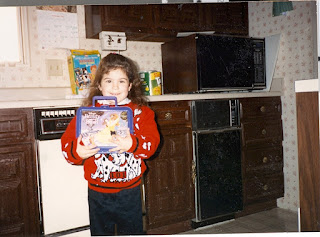 I grew up being told my greatest calling and responsibility would be to be a mother. Than I would be a partner with god in the creation of bodies. That there was nothing I could do that would be more successful or necessary. I was conditioned to think that I was only worthwhile if I was married and had children. It was a poisonous thing to teach me. I don't blame anyone, but I am saddened by it, and for those who are brainwashed into believing the same thing about themselves. Motherhood is wonderful, but it is not what a woman HAS to do. And she should not feel less of a woman if she cannot or decides not to have children (biologically or by adoption). And that's why I hate mommy bloggers who shame other women for not being mothers, for working outside the home, for wanting time away from their kids or no kids at all.

So let's not celebrate women for their ability to bear children. Let's celebrate them because they've never been celebrated before just for being who they are. Women and men are no different. We are all the same species, we all have two arms, two legs, eyes, ears, mouths, brains. We should regard women as we regard men, and celebrate them equally.