When it All Started to be Too Much

This is a letter from September of 2014, when my doubts were just getting to be too complicated and my letter of sincere questions to the first presidency went unanswered. I still felt like searching out for myself was wrong, so I went to one of my elders for help.

He had nothing but an apologist response, including saying the scriptures didn't really mean what they said. Or his interpretation for what it might actually mean.

Let's just say, after this last letter, I was fed up with church apologies and unanswered prayers, so I went to discover the answers on my own.

Hi Brother (Name Omitted),
Thank you again for chatting with me. I know a lot of these topics are not easily discussed among members, and it means a lot to have someone who will listen to me. I've pasted my questions to the email below. 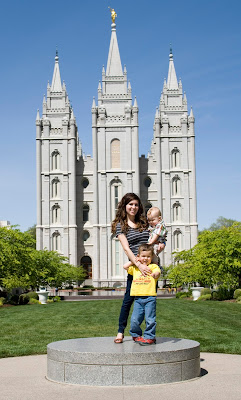 For years I have struggled with the reality of the gospel. However, I put most of those thoughts out of my head, thinking they were bad, sinful, and just saying I didn’t have enough faith, and trying to do better. And no one will answer them for me. All those times I knew I was supposed to feel something, and I didn’t, and I forced myself to think I felt something, I can see now. Like my first time through the temple, I really felt nothing, nothing spectacular, just love from my family. But that same “tingly” feeling I will get when I listen to a live concert, and its usually stronger during the concert than church. So that makes me wonder about the biological nature of spirituality.
And now, for my questions. At least some of them

My first problem: my health. I received so many specific blessings, down to “this is the visit where you will meet the doctor that will heal you and you will be able to eat normally again”. Of course, they never happened. I still can't swallow. I received promises in my patriarchal blessing, specifically that I would serve a mission, that I would be very successful in my endevours, that my husband would come from a good background and want to be a patriarch to his family. None of those things came to past. I never served a mission, and with an exmorman husband, I never will. I have never been very successful at anything I have attempted. No, I have pretty much failed at every real thing I have tried, including being a wife an mother. I mean, in an LDS sense, I have failed them. I have one thing in my blessing that were it ever to occur, I would know immediately that either the church is false, or blessings mean absolutely nothing. Nick once gave me a blessing to have more faith in blessings; it was a totally unprovoked statement, I was just having pain issues after Tristan was born and he offered me a blessing of comfort and healing. And that’s what came out. I thought it was some sort of an answer. But how can you have faith in blessings when they have proven themselves wrong time and time again?

My second series of questions stems from external influences, not necessarily my own experiences or thoughts.

Please help me to answer these questions. I would rather ask a member of the Quorum of the 12, or the First Presidency, as opposed to going online and researching it out for myself. Because I know the answers I will get if I do that. I just need to reconcile these problems I can't get past.