Disconnect Immediately with those who have "Lost Their Faith"

I had a chilling realization this past week watching a TV show of all things. It came during a show called "The Path". It is not for the faint of heart, so if you are emotionally compromised due to religion,  this is not the show for you.

The main character has begun to realize the "movement" to which he belongs is fake. And he is struggling with family relationships, particularly with his devout wife. In trying to defend why her religion is true, he takes her by the shoulders and says "we do good but the rest is f*ckin fairy tales!" 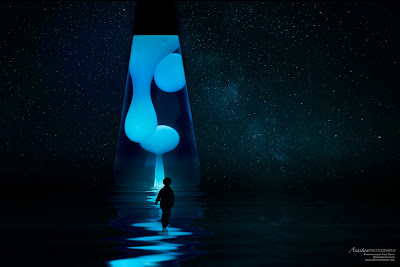 I literally got chills when he said that. And no it wasn't any sort of spirit testifying to me one way or another. It was part of my human experience, recognizing I myself was in a similar situation not that long ago. And it was so on point with my experience, it scared me.

When their son is found to be spending time with an IS girl, or NonMormon, if you will, there is a huge uproar in the family. She is there to tempt him, lead him away from his family and the light. Her ultimate goal is to make him miserable. He tells her this, when unsure what to do, and she says its bull, that any religion that tells you who you can like or who you can associate with is bad.

The boy tells his family he wants to leave the faith. His father, doubting himself but fearful of losing his family, of course supports it. His mother immediately disconnects herself from him and lets him walk out the door. Because it was his choice to lose his family.

Sorry if I spoiled the show for any of my readers,  but the way it mirrors Mormonism scared me. The discomfort with the outside world. The prayers. The family ties. The charity work. The fear. The control. The bizarre rituals and rites. The language describing the light and nonmembers. The brainwashing of children and youth. The deceit from leaders. I mean, it's Mormonism to the T, minus the drugs.

It also made me think back to a talk I had seen floating around, a talk that admonished members to disconnect from those who have lost their faith.

The Mormon might answer that my lack of faith would drive the spirit away, and bring disscontempt and chaos to their life. You don't associate with things that don't bring the spirit, and someone like me is in direct conflict with their beliefs. Which makes them uncomfortable. Threats to their belief shake them up. I've dealt with this many times now. They end up bearing testimony very quickly that they just know. Nothing you say will convince them otherwise, because they JUST KNOW. Or the JUST FELT IT.

So if they are so bull headed, why disconnect? Because, when presented with evidence enough, you might get curious. You might want to know for yourself. You might even innocently be looking for a way to prove the nonbeliever wrong, which is what I did. Since none of my leaders would answer my questions, I did what I did for any research paper, I turned to google. It didn't make sense to me that google would provide fantastic information for every other topic but Mormonism. But then again, if the adversary is real, and the Mormon church is the only true church, duh, he's going to have a hand in google searches.

I hope you can see how ridiculous that sounds. Because it sounds ludicrous to me now.

Tell your members to entrench back in the doctrine, bolster up their doubts with faith, leave the world and any naysayers behind. This will bring them joy unmeasured in the kingdom of god. Because all will be made right when Christ returns, and every knee shall bow and every tongue confess. It's better to be on god's side before he burns the earth. The nonbelievers may be having their fun, but you know  Christ is coming (or as Meyerists call it "the Future is coming"), and you need to be prepared.

Disconnecting from those who have left the faith will help to strengthen your testimony. It will test your faith especially if you are leaving family members behind, but Christ said to leave everything and follow him. God comes before family.

I think the leaders of the Mormon church recognize what a threat someone like me is. Because I represent t heir weakness, I represent their lies and falsehood. I represent the fact that they are wrong. And with so many members paying, someone like me, or  a lot of someones like me, can do significant damage. Its the age of information and social networking. And a church so young, with such a perverse history, can't stand up to the information that is available. For too long leadership has been peddling lies about the church's beginnings. About it's recent history even. It wasn't hard when getting your hands on information was difficult. But now, its out in the open. And their efforts to be transparent have only been propaganda in their favor to quench the questioning but not curb the curiosity. A bandaid answer does not fix the problem. And even after reading the church's essays, I still wanted to know more. I wasn't satisfied with "we don't have all the answers". I didn't believe a church that professed to be the one and only of god was lacking in basic answers to common doctrinal questions.

And so when they failed to shut us up with excommunication, they told members to "get off Google" and "disconnect immediately from those who have lost their faith". This is nothing more than a last stitch effort to keep control. They declared pornography a public health crisis to aid in the attempt to get people off of the internet. The internet is full of information. And they cannot have members gaining access to that information! Because if they do, they will lose their members. So rehash over and over and over the same feel-goods on Sunday, keep telling the members people like me are lost, keep perpetuating hate towards LGBTQ and encouraging your members police each other for apostasy. Keep teaching youth to marry quickly, before they have a chance to grow up, tell them to have many babies that they can brainwash from birth. Encourage them to go to church schools. Encourage them to serve missions right out of high school, to limit their contact with the outside world. Encourage them to "love their neighbors" which also means standing up for their non threatened beliefs anywhere and everywhere. I can't tell you how many Mormon teens have Facebook pages full of church propaganda, no real profile picture, but a sticker that says "I am a Mormon" and a wall full of general authority posts. No real identity past their religion. It is all they are.

Its just control. They see their corporation is threatened, and they are scared. They are excommunicating people left and right for questioning, because they are scared. Don't give into their fear tactics. Don't forsake your loved ones because some old white man told you to. If god truly existed, he would value family above all else. Not himself. He wouldn't encourage memes mocking gays and transgenders. He wouldn't condone punishment for questions. He certainly wouldn't tell you to kick your kids out for not believing anymore. But that is exactly what Mormon leaders are telling members to do, or inadvertently encouraging them to do. Don't accept it. Don't give in.

Don't disconnect from me because you think I am a threat to your beliefs.

"If we have truth it cannot be harmed, if we have not truth, it ought to be harmed". Wise words from a past president of the corporation of the Church of Jesus Christ of Latter Day Saints. So if they fear the harm, what is the logical conclusion to be made?
Posted by Sara at 8:59 AM