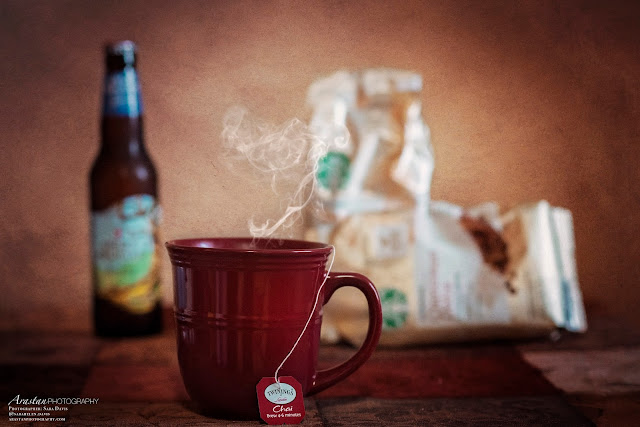 It sure looks happy on the outside, but on the inside, Mormonism is a very dark place.

I graduated with a degree in Medical Assisting from BYU-Idaho, so I could quickly get a job to support a husband while he finished school. And then I would quit once he finished to be the good stay at home mommy. Little did I know that that degree would give me a graphic inside view into the world of Mormonism beyond testimony meeting on Sunday.

Out of respect for people, I will not include any names.

Before I graduated, I would work seasonally at a hotel. I don't remember the content of the conversation, but my boss laughed at me one day and said, "oh baby girl you are so sheltered!". She was right, I was very sheltered. I saw everything around me through the lens of the church. I wasn't aware of most of the things of the world, I had a limited vocabulary, my understanding of social customs was deplorable. I lived and breathed the church. And working at that hotel was my very first glimpse into the world. It was eye opening, but not nearly as much as my later employment would be.

Sure, I saw drunk people throw up on our door matts, and had disturbing conversations with lonely patrons in the middle of the night, but they were just sad people lost in the dark world. I had the light of the gospel, and I pitied them.

Soon after, I moved myself and my two cats to Utah. Where I lived with my sister and my friend Emma. We spent every day job and house hunting. I remember I would get up in the morning, dress up, and with a stack of resumes go door to door begging for a job. Finally, I found both. A cute little apartment for me and Emma, and a job at a doctor's office. It was amazing, and I loved it. Because virtually everyone I worked with, and nearly everyone who came through the door, was Mormon. It was a Mormon girl's paradise. Everyone thought like me. No one thought I was crazy. Life was good.

But, as I became more and more familiar with patients, I began to notice something. Happy Valley, wasn't actually happy. In fact, nearly 80% of anyone to walk through the door was overweight or obese. I was shocked also to see that an incredibly startling percentage of patients were on antidepressants, or antipsychotics, or narcotics. I was disturbed by the number of suicidal youths and adults. The amount of crazed addicts. But what was most uncomfortable, was when I saw them in the temple. Because I knew that behind those smiling faces, was a depressed soul.

I struggled with this for a long time. It never occurred to me that people in the gospel could be so sad. The statistics indicate that Utah leads, or is among the leading states, in suicides, prescription drug dependance and abuse, and obesity. These people, who have the Word of Wisdom as a code to live by, were floundering.

And that bothered me. I began to be bitter. When a fit woman who ran marathons would come to be seen, I would ask the normal questions of alcohol and cigarette use. And when she said yes to wine or coffee, I would wonder, now why is she being kept out of the temple but the 320 lb patient on Lortab isn't? It truly bothered me. I didn't understand it. Coffee kept you from the temple, but Percocet abuse didn't. Prescriptions were okay. Because they came from a doctor. Processed foods, fast foods, narcotics, no exercise, those were all just fine in the eyes of the lord.

It started to occur to me that the gospel didn't make people happy, it actually made them depressed. It filled their heads with guilt and visions of perfection they could never meet, and at the same time forbade them from accepted coping mechanisms like alcohol. And so they turned to prescriptions, and to bad food. Becoming fat and tranquilized. And still weeping over the pulpit during fast and testimony meetings about how wonderful the gospel was.

For my husband and myself, we tried to live as best we could, feeling the hopeless guilt of never measuring up, and struggling with the confusion of paradoxical doctrines, like the word of wisdom.

Having now left, all reservations about learning about the church have left me. And I realize many things I never actually understood while I was a member, like how in the word of wisdom it is recommended to use wine for sacraments and even gives instructions on how to prepare it. Or how it says to make mild drinks from barley and other plants, which is how you make beer. It also never mentions coffee or tea, but those are widely accepted as things that keep members from temple worship. It says to eat meat sparingly, and not out of season, and yet nearly every Mormon I know is fond of stakes, burgers, and tenderloins. Chicken and turkey, hot dogs, meatloaf, roasts, bar-b-ques. I mean, really?? Sparingly eat meat, but if you don't, its okay, you can still come to the temple. But if you drink a coffee, not even mentioned in said doctrine, shame on you.

As I found myself phasing out of the church, it was the one thing that I really struggled with as well. My husband has little reservations about trying things, and I ascribe it to not being raised Mormon. Every time he would ask me to try his coffee, I'd say, "stop tempting me Satan!". Even though I didn't believe any of it, it was still so engrained in me that coffee, tea and alcohol were bad. I happily ate my meat, but coffee still made me uncomfortable. Thankfully McDonalds and Ghiredelli helped me overcome the fear with lovely mochas, and StarBucks has become my coffee Lover. Seriously, I look forward to my cinnamon coffee every morning, poor old addicted me ;) But when I realized I couldn't go a day without milk, that I began to get sweats when I couldn't find any Boosts in the house, or that I was incredibly grumpy without brownies, my coffee "addiction" didn't seem so bad. After all, I have been drinking instant breakfast every day for the last 15 years. Some might consider that an extreme addiction as well, especially because I crave it.

My conclusion is that so many things from the original Mormon church have been twisted and changed for the purpose of control. To keep the members feeling out of touch, or above the rest of the world, in an effort to keep them secluded and easier to maintain. It's so wrong. And it's heartbreaking. Especially when I think of the woman who attempted to commit suicide in the parking lot before I came to work. The church hurts so many people, but you'd never know because they are commanded to endure to the end and put their shoulder to the wheel with a smile on their face and a song in their heart. And apparently lortab in their mouth. But not coffee. Never coffee.