I Hate Being an Atheist

I hate being an atheist. I've found myself in a very lonely place. The people I used to think were my friends aren't really. I grew up inside of a bubble, where everyone believed the same thing. And we would whisper in hushed tones about those who had the gaul to kick against the pricks. I'm one of those people now. And I've found that I've lost a lot of my friends because of it. I'm still the same person, but something about me has become so off putting to the faithful that they avoid interactions with me. 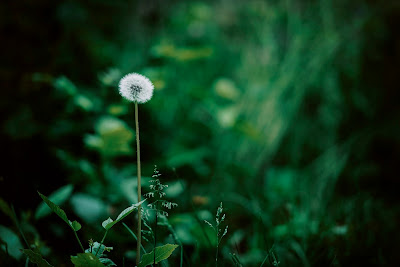 I hate being an atheist. I've often wondered what it would be like to believe again. I still wish and hope for an afterlife. I hate the idea of the one I grew up learning about, particularly because it is so unkind to women, and I'm not fond of the LDS god either. If there was a god, he or she would be kind and loving to everyone. And would understand my reasons for not having faith. The problem is, while I wish there was an afterlife, everything I have learned keeps me from believing in one. It's just not probable. And while I also wish I could believe in it, being an atheist is like riding a bike. You just can't forget. You just can't unlearn. You just can't not understand.

I understand now why so many people cling to religion. It's a sense of security, a hope for retribution. Everything done wrong to you will be made right. And you will not be sad.  And you won't hurt. I can't tell you how many times I'd thought about death, and finally being able to eat normally again. I made a list of the foods I would try first with my celestialized body, including Cinnamon Toast Crunch and Lasagna. But the price tag for this bliss is a steep one, with so many willing to sacrifice their humanity for it, with no guarantees or proof it will actually happen. They just have "faith" because someone told them if they had faith it would come to pass. They were told to pray, and told what they would feel if they prayed, and what that feeling would mean. And when they felt that warm fuzzy feeling they were told they would feel, the confirmation bias was just too strong to deny. It had to be true.

It would be so nice to have faith again. To forget everything I have discovered and live in that blissful world where god will punish the people who hurt me. It would be lovely to unlearn all of the terrible history of the founder of the Mormon Faith, to put aside my humanity and lovingly hate the sinners and apostates. To let myself be led around by the nose, and never have to think for myself again. Tell me what to eat, tell me what to drink, tell me what to wear, tell me when to shop, when to sleep, when to pray, when to bear testimony of how grateful I am there is a prophet to tell me how to live my life. If only it were that easy.

And I finally let go. Living in that fairy tale world was nice, but it was also wrong. I hated people I didn't know, because they were sinners. I judged stations without proper context. I found purpose in suffering, saying it was gods way of humbling someone, or gods way of refining someone. I actually would joy in a person's trials, because it was god's love. How horrible is that? To project my own insecurities about life and death onto someone else's suffering as though it didn't actually matter? To belittle someone's experience because hey, someone said a man suffered and died for it 2000 years ago. Makes perfect sense, right? To tell someone dying of cancer, god must really love you, and he knew you could handle this trial. And he knew your children could benefit from your suffering and death too. How great is god!

Being a person of faith ignores the realities and complexities of the world we live in. It divides people, rather than brings them together. It preys upon the anxieties and fears of life ending. And it monetarily gains from people's ignorance. I know life isn't fair, but my goodness, if there is a hell it will be filled with saints, not sinners. Anytime I see the suffering of a loved one, and hear people praise their faith and strength in god testing them, I just want to throw up. And when a blessing is given and they are promised through their faith they will be healed, the burden is removed from the unseen god and placed on their shoulders, ultimately leading them to believe their faith wasn't sufficient enough when they are not healed. Or the kinder version, god had a different plan for me.

And so I hate being an atheist. Anyone who thinks its an easy life is stupid. STUPID. The reality we live in is a dark, and difficult one. Life is not kind. It has no inherent meaning. But we can ignore that, and pray for it to change or we can make the best of it. I for one choose to do so by fighting for the things I am passionate about. I find meaning being an LGBTQ ally. I finding purpose in standing up against chauvinism and exposing male privilege. I like to discuss the inherent racism of our society so my friends of color will have the same opportunities as I do. I take pictures because i realize that some day that will be all someone has left, and that is important.