Modesty Empowers No One 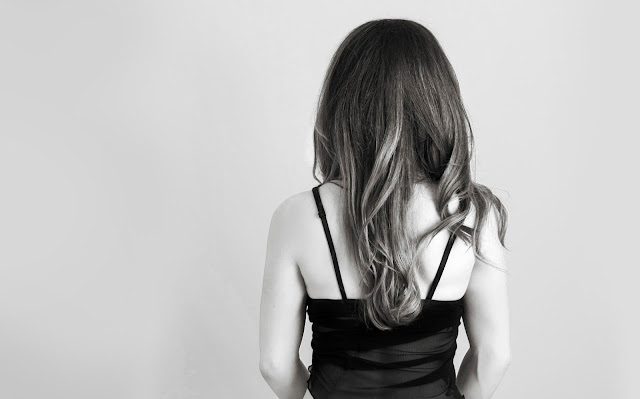 Growing up, I was taught, like many other young LDS girls, that I had a sacred responsibility to help keep young men's thoughts pure. Because it was difficult for them. And our physical bodies were made by God to be attractive. But that we weren't allowed to use our attraction physically until after marriage. So better to cover up our bodies so as not to entice young men to think impurely of us.

Although the concept of modesty is applied unfairly towards women in general, I must applaud the LDS church in the fact that their standard of decency is applied fairly towards men and women. When I say this, I mean men and women both have to cover up the same general areas (shoulders, chests, knees.....). The fact is simply, men's modesty is virtually ignored and just implied, while female modesty is rehashed over and over and over and over. And LDS women are basically told they are responsible for keeping young men pure, while LDS men are taught to encourage girls to cover up for their carnal benefit.

In more conservative religions, where women have to wear head and or face coverings, loose fitting dresses that go to the neck, wrists and ankles, the standard of modesty is applied in extreme inequality. Where men are able to show their faces and heads, women are not.

This empowers no one.

When a woman is forced, by the doctrine of salvation, to cover herself, she is not making a choice. She is being coerced into submission. She is being taught that her body is inherently sinful, and that to show it is in direct violation of god's commands. Whereas a man is not held to the same standard of modesty. Therefore the doctrine is not empowering for women, but chauvinistic. If the standard was equally applied, and men were also taught to cover their heads and faces, it would no longer be a symbol of chauvinism, or gender inequality. It would merely be a doctrine of modesty.

The biggest problem I have with modesty is not in being covered up. My problem is that it is unequally applied to men and women. Because of this, the female form has been considered taboo for generations. It is considered a temptation, inherently sinful. And women are forced to lose their identity to extreme versions of modesty.

The female body is not deserving of shame. Covering it up for a man's benefit does nothing for the man or the woman. It simply breeds a more lustful and jealous environment. It turns a woman into an object, rather than a person.

Whereas if men and women were covering up equally, these problems of objectification and gender inequality wouldn't exist in terms of modesty.

In western culture, it is less extreme, but standards of modesty are applied unequally. A lingerie model is perfectly acceptable, but a breastfeeding mother is not. A man topless is perfect acceptable, but a female topless is indecent. When a woman is dressed in short shorts and a tank top, she is asking for "the wrong kind" of attention.

Telling women to cover up, or that what they are wearing is what ultimately leads to the wrong kind of attention, including harassment and rape, only perpetuates an ideology that condemns women to second-class citizenship. It asserts that women bear the burden of men's sexuality, and treats them as lesser persons. It shames them for being femininely shaped, which is beautiful and natural, and causes self deprivation and hate. When a woman is sexually assaulted and we say, "well look what she was wearing, she was asking for it", the blame is transferred from the attacker to the victim. That is wrong.

Women and men's bodies are no different. We have created a hyper sexual society with the concept of modesty. And we have successfully ruined hundreds of thousands of women's self perceptions with what is acceptable.

If modesty is going to exist, it needs to be fairly and equally applied to both sexes. Otherwise it is not modesty, but just another component of chauvinism, with men exercising dominion over women.
Posted by Sara at 11:38 AM