No God, No Point, right?

I've been thinking about something lately.

There have been several people who have pitied me in my lack of faith and doubt in the existence of a benevolent, or evil, god. They say, why does it matter (existence I presume) or I feel sorry for you, it must be a very sad and dark world you live in.

You know? I used to think that as well. I used to feel that godless folk were to be pitied. That they were amoral, and depressed and had no real meaning or light in their lives.

When we first moved to Iowa, my husband had a friend who was just one such godless individual. Nick would invite him over for dinner, or just to hang out because he didn't have any friends or family around. But this man, was an apostate. And so I looked at him through a lens of anger. I was always suspicious of his motives. He'd bring chocolates to share and I'd wonder why. I was always wary of what he was saying (would he curse at any moment and offend my ears?) I thought the worst of him, because he was an apostate, someone who had willfully left the church and spoken against it. He was always a very gracious guest, he would bring gifts to thank us for letting him use our washing machine, and he always made sure to tell me how good dinner was. But, how could anyone who turned away from god actually want to be nice for being nice's sake? And so I remained suspicious, and angry, and annoyed at his presence. How could anyone actually be happy without god? 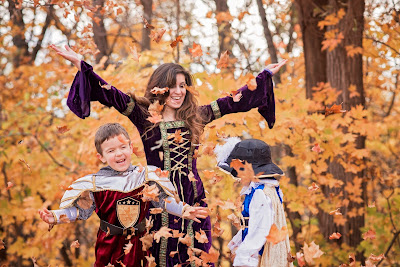 Now, a couple years later, my views have changed.

I realize I grew up in a very small world. In a very sheltered world. Most of the beauty of humanity was hid from me, disguised as evil. My religion forbade me from exploring and experiencing. It even restricted what sort of information I learned. It told me how much time I could spend on the computer, it told me how much time I should devote to my religious studies. It praised me for hours on my knees and reprimanded me for hours in Harry Potter. It reminded me that morality is from god, and people cannot be good without him. Anything not of god is of the devil. Including academic achievements of your own merit.

Another example, I have always been a lover of music. And weird as it may sound, motion picture score music. James Horner, John Williams, Jerry Goldsmith and Hans Zimmer were some of my favorites. And I remember as a child laying on the floor of my bedroom listening to the end credits of Apollo 13 and getting those same chills I would get during an especially spiritual event in sacrament meeting. I remember thinking there was beauty in the music by a man who wasn't a member of the Mormon Church. And that I would feel "the spirit" when I listened to it. As a girl, it confused me. But now I realize, it wasn't the spirit at all. It was me, my own reaction to beauty.

In the church, you are conditioned to feel a certain way. You are conditioned to think something is spiritually beautiful and moving. And you will have a real biological response, some people describe it as chills, or a burning in the bosom, because you are told you will fell it. The thing is, if you've ever been carried away in the spirit of a concert, or a football game, or love making, you will probably feel those exact same feelings. Though you might not realize it, or make the connection, if you have been conditioned to think that response is external (from god), and not internal (your biology).

So when I realized this, and began to embrace life without the church, I began to see things in a different light. I realized the scope of my depression within the church. Self hating for sins and mistakes. Self loathing for impure and ungodly thoughts. Self pitying for lack of acceptable talents. Always feeling badly, never feeling I was good enough. Always worrying about my eternal future. Would I make it to the highest degree of the celestial kingdom? Or would I fail? Would I lose my family? It was an ongoing battle in my head, always fearful of my eternal destiny. And always hating it because, well, I am female. The eternal destiny for a woman in the Mormon church is quite a depressing one: to eternally birth babies, but to never have contact with them, to never be praised for their achievements, and to never be heard of again. To be chauvinistically "protected" as an exalted being made absolutely no sense.

As soon as I opened myself up to the possibility that god wasn't real, and the Mormon church was just another religion created by man for the monetary gain of it's leaders (and the hero worship isn't such a bad thing either), I began to view humanity in a very different light. People who were without god were good people. They were kind, they had hopes and dreams, they had feelings and regrets. Just like me. I didn't realize that I had been viewing humanity so negatively until I removed myself from that god-driven mindset. Really, at the time I thought I was having righteous thoughts about my husband's friend. How insane is that? To view someone with so much anger, and think it was from a benevolent god?

Coming back to my original idea, because I tend to run away with my thoughts, if there is no god, then what's the point? And how can I be a happy person without god?

My life is not the dark chasm I always envisioned it would be without a god. Quite frankly, I'm very upset and offended when people think I am a person to pity, and what a sad existence I have now. No! I am happy! Happier than I have ever been, and no, it's not an illusion to get you to join me in my misery. I am happy being me. Not having to live up to impossible standards only to ultimately fail and not be exalted. Not having to succumb to discriminating viewpoints about groups of people because it is what the "Brethren" want. I'm happy enjoying coffee in the morning. I'm happy with my multiple piercings. I'm happy making new friends and learning about new cultures. I'm happy living for me, in this moment, not focusing on an ever elusive eternal destiny for which there is no evidence. Relationships are more important to me because they won't last. Experiences hold more meaning because they may not come again. Humanity is beautiful because we have achieved so many things, and we have done them without GOD. We are special, we are beautiful, we are amazing and we don't need a supernatural force to make this so. We can be happy and fulfilled because we WANT to be. Because WE EXIST.

So please, do not pity my godless existence. Do not lament my lack of godless morality. The Christian god murdered babies, encouraged slavery and chauvinism, hates gays and their children, and brainwashes you into an endless cycle of sin, self hate, and humiliation. I have no god. The only person I am accountable to is myself, and I have a high standard to live up to. Not for some eternal reward, but because it is what I want for myself.
Posted by Sara at 7:28 AM