Take from the Poor

My husband and I were very young when we got married. We were 21. He has just gotten home from his mission, and per my patriarchal blessing, we wasted no time in going to the house of the lord to be married. About 4 months. It probably would have been sooner if Christmas didn't make the most sense for vacation time. 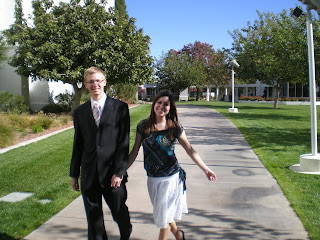 I had found us a little apartment, one bedroom, in an old converted house. There was a tenant above, below and behind us. It was cheap. It was a hovel, but with a little bit of charm. Until the people above us flooded their toilet while we were putting away groceries in the kitchen. And we had potty water all over our food, dishes and hands.

So we moved. To an apartment complex. People walked their dogs and let them poop on the sidewalk in front of our door. Our downstairs neighbors smoked pot. Rent was expensive. So we decided to move.

We found a little duplex. It seems nice, we had a lot of peace and quiet, the neighborhood was beautiful. Our utilities were over $300 a month, and we both worked out of the home. The landlord unevenly split the utilities between us and the other unit, a one room thing on the back of the house. She was a shut in that watched TV and ran her AC all day. We paid for it. So we decided to move. It had been 6 months, and I was pregnant.

We found a basement apartment. And snapped it up because it was the middle of winter and we needed something fast.  It turned out to be a nightmare. The people upstairs stomped and listened to loud music on purpose. They kept our newborn awake all night. They also clogged their toilet and leaked water all over our apartment. We found out a few months later the landlord wasn't paying the mortgage and had the home repossessed.

Our last place in Utah was another apartment, this time on the top floor. We had deplorable neighbors who were non-hygenic and nosy. They let their children run up and down the landing all day, making it impossible for my new baby to nap. They never picked up after the dog. There was food and wrappers always in front of our door. Finally we left and moved to Iowa. 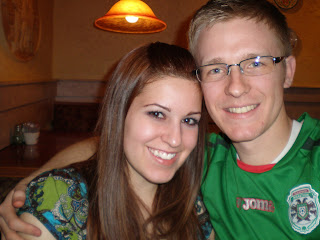 In our first 4 years of marriage, my husband and I moved 6 times. We lived for half of that time almost entirely on my salary and his student loans. After that, it was his student loans and the meager payment he received from BYU as a graduate student. Our expenses due to slumlords was outrageous. Each time we moved we lost a significant amount of money in retained deposits. One even tried to charge us for the new burner pans we had put on the stove.

And all the while, we faithfully paid our tithing. I signed my babies up for Medicaid because we couldn't afford health insurance. Watching an episode of "Reba" one day, I discovered something called food stamps, and decided to apply for it. On medicaid and food stamps, we still paid our tithing. And when parents and grandparents sent us birthday gifts, 10% went immediately to the church.

My first real issue with this was when I was pregnant with my second son. We had just recently moved for the 5 time, newly on food stamps and medicaid, and paying tithing as best we could. Sometimes we had to wait, otherwise we wouldn't be able to afford rent, but we always got it paid sometime. The church had been building a mall in downtown Salt Lake for the last few years and it was finally complete. So, we decided to go check it out. It was the Lord's mall after all. Because gas was so expensive, we rarely ventured out of Provo, and decided to make a day trip of it. The mall was beautiful, City Creek had an actual creek with fish running through it. But what was amazing was that each and every store we went into, there was not a single thing we could afford. Not even the Disney store. The whole mall was stocked with high end fashion boutiques and shops.

I admit, I was incredibly upset. I couldn't believe the church had wasted this much money on a great and spacious building that the majority of their members had no way of enjoying. I couldn't even comprehend how something like this was at all necessary. How do high fashion boutiques further the work of god? Why did they even need to build a mall? Had my tithing dollars gone to help build this monstrosity? I was livid.

After that I started seeing things a little differently. It didn't help that my husband was already phasing out of Mormonism. I tried with all of my effort to cling to the word of god, but all of a sudden the conference center just looked like another money making mega church to me. The temples began resembling mockeries to the poor and destitute. I happily stopped paying tithing, and fibbed in my last temple recommend interview that it was my husband that wouldn't allow me to pay it. Which was true, I just left out the part where I was okay with it. 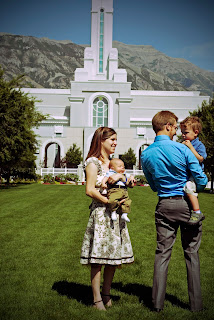 There I was, the wife of a student and mother of two children on food stamps and medicaid. And my church was still demanding I pay them money. We never received any special blessings for paying. We still had to move five times, BYU still withheld money from my husband. Both of our children were born by emergency C-section. We never received any help from any of the 6 wards we attended for the moves or births. And we still felt bad every time we had to wait another month to save up enough to actually pay tithing.

Its sick. I'm sorry, but it is just sick and wrong that these men prey upon the weak for their money. They stand up there in beautiful suits and ties and tell the members during conference to be grateful for their trials. To sell their harmonica to pay for their next meal. To pay a full tithing willingly to receive blessings. All the while they eat happily, they dress professionally, they fly all over the world in private jets dedicating giant buildings to the making of more money. I honestly don't know how they live with themselves. Add that to the bigoted hatred towards homosexuals and anyone with doubts, which of course trickles down to the lay membership and divides even the most loving of families.

Sometimes I wish there was a Mormon Robin Hood, who would defeat the horrible Prince John (or at least put him in a home) and give the members back their money. I wish I could go back and demand all of the money they stole from me. That they coerced from me through salvation. I wish someone could find a way to stand up against them and say, ENOUGH! You've stolen enough!
Posted by Sara at 2:26 PM