Lean Not Unto Thine Own Understanding 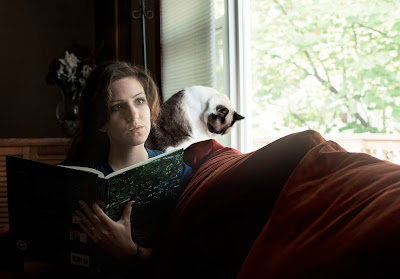 Human understanding has been in a constant state of flux, of growth. Where originally, early hominids may have ascribed natural phenomenon to superstition, now we are able to understand with remarkable clarity how the world works around us. Is it perfect? No. Are there some things we still don't understand? Yes. Should we immediately jump to faith based claims and answers? Let's think about it for a minute.

One of my very favorite episodes of Avatar: The Last Airbender happens in season 1. It is called "The Fortune Teller". It features a new character, Aunt Wu, who makes predictions about her village. Main character Sokka, who believes whole heartedly in science and reason, can't stand the blind ignorance of the people in this village, and thinks Aunt Wu is a crack pot. He meets someone who asks if science and reason can explain why is rains. He says yes it can. Another person says Aunt Wu told him he would be wearing red shoes when he met his true love. Sokka asks how often he has workn red shoes. And the man answers every day since the prediction. When Aang discovers the long dormant volcano above the village is about to erupt, he tries to tell the village. They respond that Aunt Wu said the volcano would not destroy the village. So Aang and his friends resort to trickery to get the village to believe in a false prediction by Aunt Wu. Eventually they save the village, and the villagers respond by saying, well, Aunt Wu's prediction came true.

So there is a little bit of both sides here. Katara, Sokka's sister, maintains that there are just some things that cannot be explained. Sokka, believes there is an explanation for everything. While Aunt Wu made a vague prediction that did eventually come true, it was self fulfilling to those who understood it. They made it happen because they were told it would happen. The explanation for the village not being destroyed is simple, they made a plan and kept the village safe.

There are things that cannot be easily explained, either because we don't have the tools to understand it, or we haven't discovered the answer yet. Example, gravity. We know it exists. We can feel its effects. We are pretty sure it will continue to exist. What we don't know is how. Or why. We have ideas, and hypothesis', but we still cannot explain it.

Religion has taken these "unexplainable" things and filled in the gaps of our understanding with deity.  We can't explain, therefore god. We don't understand why, therefor supreme being. We don't know how, therefore creator. It's an easy way to explain things we simply can't fathom. And it's a comforting thought as well.

Vikings had an interesting way to explain the eclipse. They thought a wolf creature swallowed the moon, and that a god made him spit it back out. Ancient Greece and Rome had a plethora of gods to explain the good and horrible things that went on in the world. Zeus was a crazed eternal being who enjoyed wreaking havoc on humanity and sleeping with it's maidens. Ancient Israel had Jehovah, a warrior who would save them from their enemies. Different cultures have nature gods to explain volcanos, rain, the harvest etc....it is a common ideology throughout the history of mankind. It was our way of explaining the world around us in the best way we could. But as our brains evolved, and our understanding improved, and our ability to research and think expanded, we have been able to solve in part many of the mysteries aforeto ascribed to deity.

However, as we have trended away from supernatural superstitions, there have always been those in religious power who have feared what this would do to their positions. Think about it, if you will for a moment, what those in religious power stand to lose. The dark ages, for instance, were "dark" because of religion. There were theocracies that kept the people in a stagnate constant of ignorance. Then, the Renaissance, when men began to question and move away from the church. Scientific knowledge exploded in the 19th century with men like Darwin and Edison.

Still, the trend in religion is that the knowledge of man is prideful. And to have faith in god about things we can't understand, instead of finding a way to explain them. "My ways are not your ways, neither are my thoughts your thoughts" coins a famous scripture in Isaiah. In the Mormon church, there is a scripture that states "lean not unto thine own understanding" and another in the Book of Mormon that says " O that cunning plan of the evil one! O the vainness, and the frailties, and the foolishness of men! When they are learned they think they are wise, and they hearken notunto the counsel of God, for they set it aside, supposing they know of themselves, wherefore, their wisdom is foolishness and it profiteth them not. And they shall perish. But to be learned is good if they hearken unto the counsels of God."

Basically, the Mormon church counsels against education while advocating for it at the same time. It's a paradoxical problem that lands a lot of otherwise faithful members into a stereotype of prideful. To think you understand something of your own merit is frowned upon, and all the credit must go to god. Though it is taught that god frowns upon excessive education because then it makes you question his existence. And then that is bad, because the business of religion will lose its patrons, which will lose it money, and ultimately lead to its demise. So one thing, in the Mormon church, they are sure to reinforce is "read from the best books". Meaning the ones they say are okay. And not to put much stock in the knowledge of man. Which is completely ludicrous because the knowledge of man is what has made technology and medicine for example what they are today. There was a time when devils were being cast out of children who had mental retardation. And when homosexuals were stoned. Now we understand biology and that it's not a devil that causes down syndrome, but a chromosomal problem. We understand that evolution is responsible for earths diversity. We understand gravity is what makes the sun rise and set in our sky. We understand the earth was not created first, and we also understand that people can be easily swayed by the promise of eternal splendor, which is what makes it such a successful business.

I suppose that is another thing that bothered me severely. The very obvious aversion to knowledge, particularly knowledge that is employed on a daily basis to make our world function. And the way some religious people look down on the scholarly because of their academic success. It's unfortunate that an ignorant person's first response to the theory of evolution is "I don't come from no monkey". This demonstrates how little the understand about the concept, and how poisonous religious counsel can be in keeping otherwise intelligent individuals from understanding the world around them.
Posted by Sara at 7:24 AM